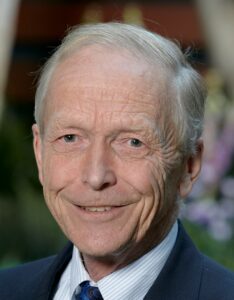 Stephen Walter has been playing clarinet with the Oakville Symphony for almost 40 years! He started learning the clarinet at school when he was 11 years old. His school was just starting an orchestra, so he joined right away and has played clarinet ever since. He was part of several orchestras before joining the Oakville Symphony. He considers it a privilege to play alongside talented colleagues and to have the opportunity to play a variety of repertoire. During the pandemic, Stephen has been working part-time from home. Last summer he performed in driveway concerts hosted by Oakville Symphony trumpeter Ron McKee. It was a great way to squeeze in some physically-distanced socializing.

According to Stephen, some of the challenges of playing the clarinet in a symphonic setting include: 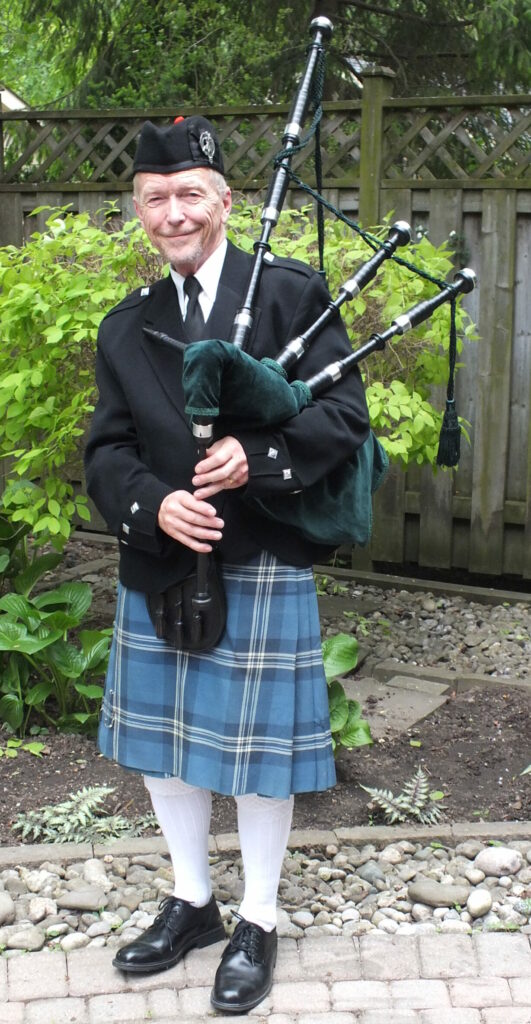 In addition to clarinet, Stephen also plays the bagpipes. He started about 4 years ago when he joined a local pipe and drum band and has since performed in parades with them. He has also played solos on Canada Day and at Remembrance Day ceremonies. He was surprised and honoured to be asked by Roberto De Clara to play the pipes at the start of the 2019/20 season of the Oakville Symphony, thus becoming the symphony’s first ever principal piper!

Stephen says that the bagpipes are a physically demanding instrument. It is surprisingly difficult to play the music and march in time, and bagpipers must play everything from memory. Stephen practises his bagpipes when his wife is out of the house because the very loud pipe music tends to shake the rafters, and all the local birds and animals seem to leave the neighbourhood.

With thanks to Jill Yokoyama, OS Development Committee