Fantastic Finale – POSTPONED DUE TO COVID-19 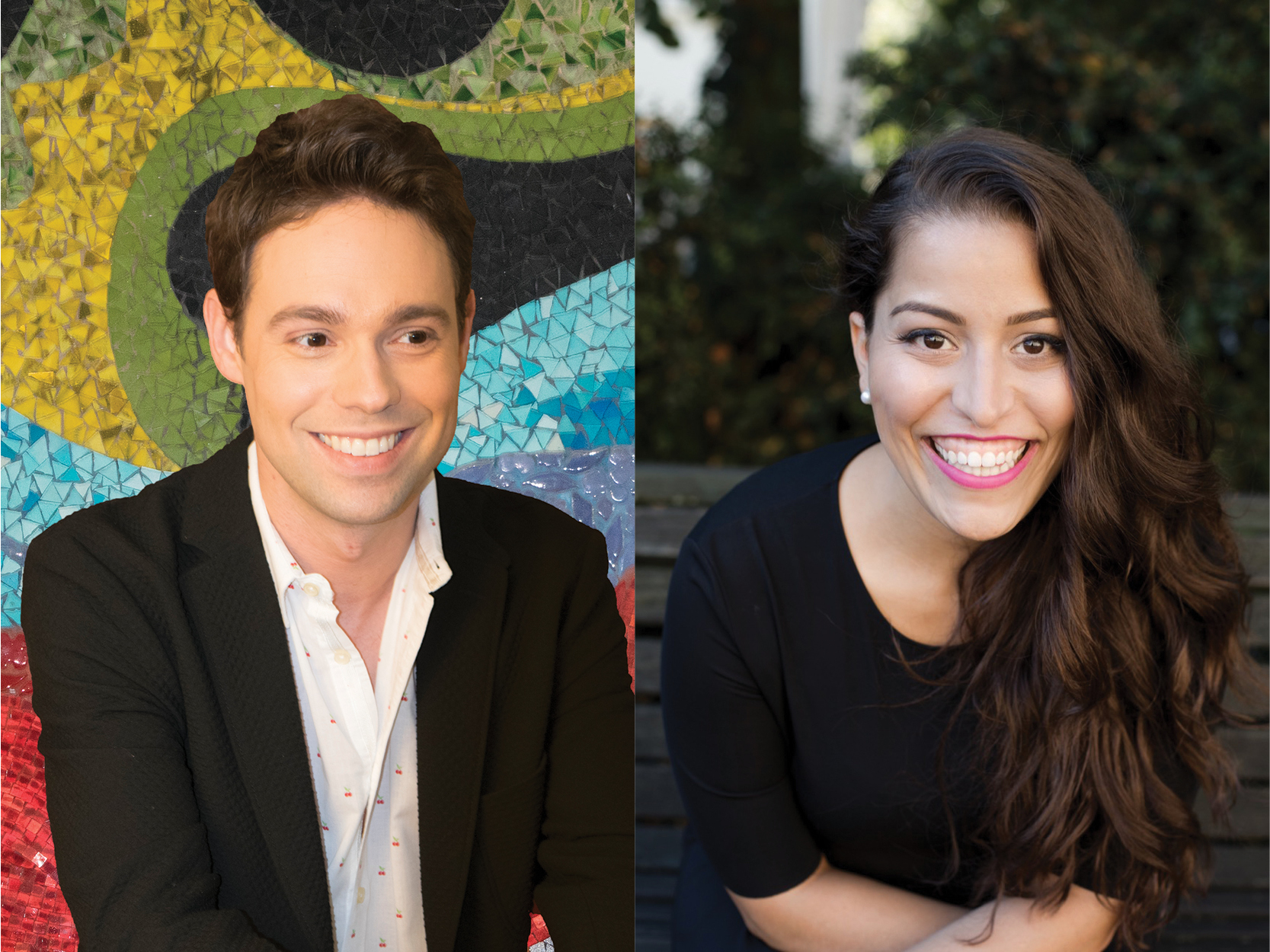 Written in 1809, this was the last concerto of any kind by Beethoven, and it is the only piano concerto for which Beethoven did not play the first performance himself. This may have been because of war conditions in Vienna, or because Beethoven had become too deaf. The musical score was sold to publishers, and it was eventually first performed two years later.

The reason for the Emperor title is somewhat unclear. It definitely does not refer to the invading Napoleon, who had entered Vienna during the concerto’s composition. (In fact, Beethoven’s Eroica Symphony No. 3 was originally dedicated to the self-declared emperor, Napoleon). It is said that Beethoven has been called an emperor among composers, possibly apocryphally, by various sources.

Unusually this concerto has no cadenza, unless we count several elaborate statements made by the soloist during the first movement, but everything is explicitly written out by Beethoven in the solo part, with no flexibility allowed. Indeed, the original score is marked “Do not play a cadenza….”! However, the first solo section does introduce the themes that form the material of the entire first movement.

The second movement resembles a slow nocturne, with variations, although the soloist does not himself quote the main theme.  After the last of the variations, the bassoons hold a pedal note and then we subside by a semi-tone without pause into the energetic finale. The last movement involves an unusual duet for piano and timpani in the coda, near its conclusion.

The composition of Capriccio Espagnol in 1887 marked the end of a relatively unproductive period in Rimsky-Korsakov’s career. During the early 1880’s he had been preoccupied with the massive task of putting his friend Mussorgsky’s works in order (after his death in 1881), including several re-orchestrations. He also had substantial responsibilities as assistant musical director of the Imperial Chapel.

The first performance of Capriccio in St. Petersburg, with Rimsky conducting, was an immediate success. According to the composer, it is not so much a well-orchestrated piece, but a composition for orchestra. As such, it brings out various instrumental timbres, exhibits a variety of figures and rhythms, and includes several virtuoso cadenzas for several solo instruments (violin, flute, clarinet, and harp). The themes are based on a collection of Spanish songs and dances in Rimsky’s possession.

The first section, the Alborada, is based on music originally played by shepherds on wind and percussion instruments, in praise of the rising sun. Some transcriptions are marked “gaita” to indicate that a bagpipe effect is intended. The second section is a set of variations on a Danza Prima (Evening Dance), re-invented by Rimsky’s warm scoring of a horn quartet. After a reprise of the Alborada, the fourth section is based on an Andalusian gypsy song, but set in the major key rather than its original minor. The final section, Fandango, is similar to the Alborada, but is based on a different Asturian melody originally for piano and drum; it also calls for a bagpipe effect.

Listeners may detect some similarities in the orchestration of this piece to Scheherezade, which was also composed by Rimsky-Korsakov one year later, in 1888.

Some start their piano studies at the age of three, but for Maxim Bernard it began at 13 when he discovered his passion. His development has been phenomenal; by age 18 he was invited to perform Beethoven’s magnificent Fourth Piano Concerto with the Edmonton Symphony Orchestra!

After completing his studies at the Québec Conservatory of Music with the pianist Suzanne Beaubien, his driving passion led him to further them with one of his idols, the pianist André Laplante at the Glenn Gould School of the Royal Conservatory of Music in Toronto, where he received his Artist Diploma. Maxim fell in love with the romantic style of interpretation. The great pianists of the past such as Cortot, Horowitz, Rachmaninoff and Friedman are for him a strong source of inspiration.

In 2004, he met the legendary pianist Menahem Pressler at the Orford Arts Centre and the chemistry between them was immediate. After hearing Maxim play, Pressler declared “I believe in your future!” A few months later, Maxim was on his way to the University of Indiana to study with his new mentor, where he earned both his Master’s and Doctoral degrees in Piano Performance. He developed his unique style, and music has become for him a spiritual experience. His sensitivity, his personal touch, and the contagious spontaneity he brings to his interpretations combine to make him an exceptional pianist.

He has been a prize winner at many competitions, including the CBC Young Artists Competition and the Indianapolis Matinee Musicale Competition. He was the first-prize winner at the Indiana University Jacobs School of Music Concerto Competition with his interpretation of Brahms’ First Piano Concerto. In 2006, his career was launched after he won the prestigious International Stepping Stone of the Canadian Music Competition.

He taught for five years at Indiana University and he is currently Professor of Piano at the Rimouski Conservatory. His qualifications led him to serve on juries of many music competitions throughout Canada.

Maxim Bernard is a polyvalent musician who adores challenges. That is probably why conductor Yannick Nézet-Séguin asked him to learn Ginastera’s challenging Second Piano Concerto in order to perform the Canadian premiere of the work with the Orchestre Métropolitain of Montreal at the Maison Symphonique de Montréal. The critic Claude Gingras from La Presse wrote: “The pianist was entirely up to the onerous task, both in power and in introspection. The conductor and orchestra were in perfect synchronisation with him and the spectacular result inspired a long and enthusiastic ovation from the hall.”

With the support of the Canada Council for the Arts, Maxim spent the year 2015 in Germany. This stay provided him with the opportunity to give recitals in Cologne and Paris. In 2016 the radiance of his recitals led him to solo performances in Bonn, at the Konzerthaus in Vienna and at the Palais des Beaux-Arts in Brussels. During this coming season, he will make his debut in London at the prestigious Wigmore Hall. He will be also the guest soloist with the Ottawa Symphony Orchestra and the Sinfonia Rotterdam, orchestra with which he will make a concert tour in the cities of Rotterdam (De Doelen), The Hague and Amsterdam (Concertgebouw).

Maxim constantly searches for original ideas for his innovative thematic concert programs. His concert “1914-1918” continues to fascinate the public. In 2017, he wishes to celebrate the career of one of his favorite musicians, Vladimir Horowitz. Maxim recreated the program that the legendary pianist played in Moscow in 1986 on his return home after a 60-year exile.

Maxim also has an interest in languages; he speaks French, English and German.

Canadian-Portuguese soprano Stephanie Omari (formerly Stephanie Domingues)was awarded the 2012 Metropolitan Opera National Council Auditions Western Canada District People’s Choice award. She made her European debut in Freiberg, Germany as Mademoiselle Silberklang in ‘Der Schauspieldirektor’. She has worked with Richard Bradshaw where she was invited to perform in the Canadian Opera Company’s production of ‘Turandot’, ‘Queen of Spades’ and ‘Die Zauberflöte’ and in the Richard Bradshaw Amphitheatre for the opening of the Four Seasons Centre for the Performing Arts in Toronto, Ontario, Canada. Most recently, Stephanie returned to the Richard Bradshaw Amphitheatre to perform operatic selections. In 2007, she performed in the prestigious Luminato Festival Concert Series at Roy Thomson Hall in Toronto, Canada.

Last season, Stephanie made several role debuts including Despina in Così fan tutte in Teplice, Czech Republic, Olympia in Les contes d’Hoffmann at the Bard on the Beach Festival in Vancouver, British Columbia, Canada, Adele in Die Fledermaus with the Vancouver Concert Opera Society, Königin der Nacht in Die Zauberflöte as well as covered he role of Violetta in La Traviata with Opera on the Avalon Festival, in St.John’s, Newfoundland, Canada, and was the Soprano Soloist in Verdi’s Requiem in Vancouver, British Columbia, Canada. She recently was invited to participate in a two week masterclass and a recital performance with conductor Alberto Zedda in Madrid, Spain and has also appeared in recital performances in Berlin, Germany.

Stephanie can be heard on both the Canadian and the American radio where she debuted on the radio show From the Top with an American broadcast in October 2006 and Canadian Broadcast in August 2007 and was interviewed for CBC Radio One in 2005 as a featured artist. She has also recorded numerous TV and radio commercials for major Canadian and American retail companies.

Stephanie is equally at home in concert repertoire. She made her recital debut with the Oakville Symphony Orchestra at the age of sixteen with an encore performance the following year. In 2010, she was a guest soloist in Zwichau, Germany performing works by Robert Schumann and in 2012, she was the Soprano Soloist in Stephen Chatman’s Earth Songs with the Vancouver Symphony Orchestra. Most recently, Stephanie was invited to give recitals in Madrid, Spain and Berlin, Germany. Stephanie continues to perform solo recitals and appears frequently as a Guest Artist around Canada, the United States and Europe.

Stephanie has won numerous awards and competitions, most notably, the People’s Choice award at the Metropolitan Opera National Council Auditions Western Canada District People’s Choice award and both First Place and Most Promising Young Singer at the National Association of Teachers of Singing (NATS) in Ontario and the NATS regional Competitions in Michigan, USA and Indiana, USA. She was the recipient of the 2007-2011 Robert William Bygrave Voice Studies Full Tuition Bursary from the University of Toronto, the 2007 Millennium Ontario Grant and the 2007-2011 Queen Elizabeth Aiming for the Top Scholarship.

In both the summer of 2005 and 2006, Stephanie was chosen to train and performed under full sponsorship at the prestigious Tanglewood Institute in the Young Artist Vocal Program studying with celebrated performers and teachers such as Phyllis Curtin, Sharon Daniels and Simone Estes. Stephanie holds a Bachelor of Music degree from the University of Toronto and Master of Music degree from the University of British Columbia.