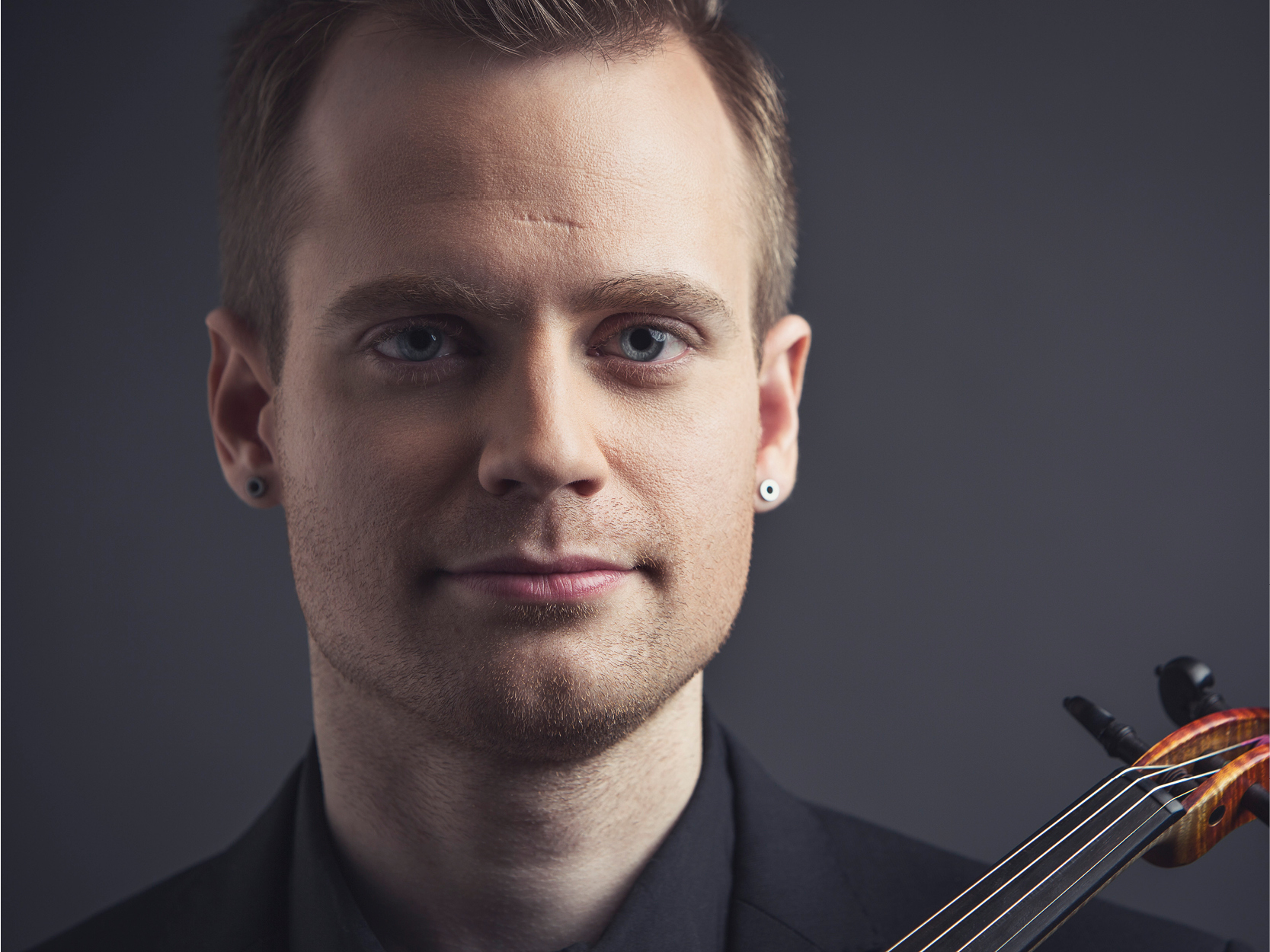 This is sometimes known as the “Scottish Fantasy”, because of the “free use of Scottish melodies” indicated in its extended title. Parallels have been drawn with Mendelssohn’s allusions to Scotland in his Symphony No. 3, but here Bruch is more explicit with his detailed use of authentic Scottish melodies for the important thematic material.

A pensive introduction leads directly to the first movement in which the soloist presents “Auld Robin Morris”. The fast and virtuosic second movement leads without pause to the third movement andante, featuring an arrangement of “I’m a-Doun for Lack o’ Johnnie”. As Mendelssohn does in his Symphony No. 3, Bruch embellishes the last movement with a kind of clan gathering, based on “Scots Wha Hae Where Wallace Bled”, and a reprise of “Auld Robin Morris”.

Although Mendelssohn wrote five symphonies, No. 3 was actually the last one to be completed. In correspondence, Mendelssohn describes being inspired to start work on a symphony during his 1829 visit to a partially ruined Holyrood Palace in Edinburgh, Scotland. He mentions bright skies, and their contrast with the mouldering and broken buildings. He had also expressed his pre-formed opinion of Scotland as having “wretched, comfortless, inhospitable solitude”. While not particularly based on national Scottish tunes, the symphony nevertheless evokes its culture and scenery. Mendelssohn continued work on the score during a trip to Italy the following year, but it was not fully completed until 12 years later, in 1842. Described by him as a “Scotch” symphony (perhaps one should enjoy a good malt whisky while listening to it?), it was dedicated to Queen Victoria.

Unusually, Mendelssohn specifies that there should be only short pauses between movements. The first movement begins with a slow introduction, which has been suggested to represent Scottish mists and rain. After a long Allegro section with numerous variations, there is a final dark coda that may suggest stormy weather.

Woodwind and brass calls quickly announce the second movement, which features a lively theme, first heard in the clarinet, and possibly derived from a bagpipe tune, complete with Scottish “snap” (a short – long pair of notes at the end of each phrase). This is somewhat surprising because Mendelssohn said bagpipe music gave him a toothache! After another brief pause, the Adagio begins with a broad melody in the violins, dark chords, and dotted rhythms in the woodwinds. The style is possibly a nod to Beethoven.

The last movement has a mostly aggressive pace, and includes three main ideas: a bright melody in the violins; a second tune in high woodwinds; and a third theme which leads eventually to a more stately march and material from the very opening of the symphony, this forming the final coda. The coda is in fact rather Germanic, but Schumann said the whole final movement sounded Italian to him! So, Scotch? Or Scottish? You be the judge.

Marc Djokic is a Canadian violinist and winner of the 2017-2018 Prix Goyer. Among other distinctions, he is a Prix Opus laureate and former Canada Council Instrument Bank recipient. Djokic is concertmaster of l’Orchestre classique de Montreal. His debut album, Solo Seven, garnered glowing reviews upon its release in 2018. His next two collaborative albums will be released on the ATMA Classique and Analekta labels in 2019.

Originally from the Maritimes; Halifax, Nova Scotia, Djokic first and foremost studied with his father Philippe Djokic, one of Canada’s great soloists and a pupil of the master Ivan Galamian. He continued his studies with David Russell, Donald Weilerstein and Jaime Laredo.

In summer 2019 Marc Djokic will be embarking on his second European tour with solo recitals, chamber music concerts, and masterclasses. From BC Contact to Jeunesses Musicales and Debut Atlantic, Djokic has toured several times throughout Canada as an accomplished chamber musician. As a soloist, Marc Djokic has performed with such prestigious orchestras as the Toronto Symphony Orchestra, the National Arts Centre Orchestra and Quebec Symphony Orchestra.

From 2015 to 2017, Mécénat Musica noncerto produced more than 45 music videos featuring Djokic and his collaborations, filmed in unique locations across nine provinces.

Marc Djokic has commissioned several compositions with the support of Canada Council, Ontario Arts Council and Mécénat Musica. In 2018 Djokic co-sponsored and launched the inaugural CAMMAC Composers Competition, and is currently Artist-in-Residence at CAMMAC.