Louis Applebaum (1918-2000):
Stratford Fanfare
Applebaum wrote several fanfares for the first Stratford (Ontario) Festival in 1953. Shakespeare’s plays often call for various “alarums” and fanfares, so a small brass and percussion ensemble may serve as a pit orchestra. A continuing tradition in Stratford is to station the players at various points inside and outside the theatre, and they then provide a live summons to the audience to take their seats. By this means, Applebaum estimated that his fanfares have been used over 100,000 times!

Otto Nicolai (1819-1849): Overture to The Merry Wives of Windsor
Shakespeare’s character Falstaff has inspired at least 10 operas, from Salieri through to Vaughan Williams, with Verdi’s version being unquestionably the best known. Nicolai’s opera, first performed a mere two months before his death, is best known through its overture. It begins with with a moonrise scene – shimmering strings and a somewhat spooky melody coming from lower instruments. The music then moves on to a melange of fairy fun and games, and it also features a memorable allegro that impressed Wagner so much that he adapted it in his own opera Die Meistersinger.

Petr Ilych Tchaikowski (1840-93):
Elegy in G major
This piece for string orchestra was originally entitled A Grateful Greeting, and was first used as an entr’acte in the celebration for the career of a veteran actor in 1884. Tchaikowski later recycled the composition as part of his incidental music for Hamlet. There is one movement, marked Andante non troppo.

Felix Mendelssohn (1809-1847):
Excerpts from the Incidental Music to A Midsummer Night’s Dream, Op. 61.
Dance of the Clowns; Nocturne; Wedding March
The King of Prussia had heard Mendelssohn’s concert overture to A Midsummer Night’s Dream in 1827. Seventeen years later, he asked Mendelssohn to write incidental music for a production of the whole play, resulting in thirteen musical segments. Dance of the Clowns follows the play within a play, “Pyramus and Thisby”. After a series of madcap scenes, Puck causes all the players to go to sleep with the Nocturne, which features an extended horn solo. Often paired with “in to Wagner” (Here comes the bride) is “out to Mendelssohn” – the famous March played at Princess Victoria’s wedding to Albert in 1858 (because Mendelssohn was the favourite composer of her mother (Queen Victoria), and it has become a firm favourite ever since.

This concerto is the last major work from Dvorak’s stay in America, although the composer added some final touches after his return to Prague in 1895. It has become one of the most popular of all cello concertos. Dvorak was himself an orchestral player (on viola), and from this experience he had a deep understanding of the need for balance and integration of the solo part into the orchestral environment. Indeed, this concerto is exceptional in providing the various instrumental sections (particularly the winds and horns) with their own solos, as well as dialogue with the cellist.

There is a long orchestral prelude to the first movement, which introduces two important themes: the first is heard in the clarinets, and recurs in numerous forms throughout the concerto; the second is based on spiritual tunes, and is played by solo horn over strings. The soloist elaborates on both of these themes, particularly in some challenging virtuoso sections.

The slow movement is one of Dvorak’s best, and it again involves two main themes. Interchanges with the clarinet, oboe and bassoon provide a tender and then sombre mood.

The third and final movement is joyous, and has been interpreted as Dvorak’s elation on his return to Europe. There are powerful rhythmic melodies in the winds, with decorated variants from the soloist. We are strongly reminded, as in the New World Symphony, of Dvorak’s love of rural Czech melodies, particularly by the inclusion of some variants of the themes from the first movement.

Dvorak had consulted two cellists about the technical details of the solo part. One of them, Hans Wihan, was so dogmatic about bowings, fingerings and other details that Dvorak had to insist on his own version appearing in print! In a letter to the publisher, Dvorak specifically forbids the use of Wihan’s notation, indicating that

“The Finale closes gradually diminuendo – like a breath – with reminiscences of the first and second movements; the solo dies away to a pianissimo, then there is a crescendo, and the last measures are taken up by the orchestra, ending stormily.

That was my idea, and from it I cannot recede”. 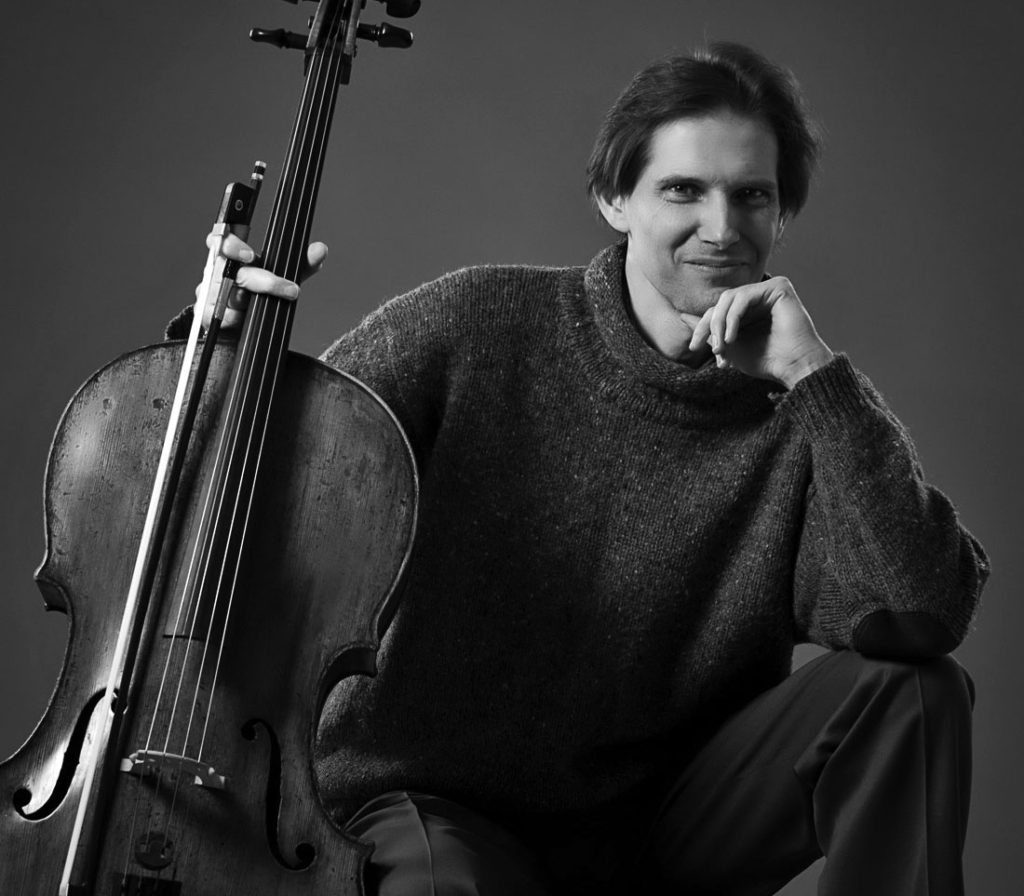 Cellist Paul Marleyn tours regularly in North America, Europe and Asia. As a frequent participant in summer festivals including the Prussia Cove, Busan, Festival of the Sound, Domaine Forget, Casalmaggiore, Leicester and Ottawa international festivals, he collaborates with artists such as Boris Berman, Miriam Fried, James Somerville, Paul Neubauer, Marc-André Hamelin, Steven Dann, Joshua Bell, and with members of the Tokyo, Vermeer, St. Lawrence and Hagen quartets. He has appeared as soloist the Belgrade Philharmonic, European Chamber, Winnipeg Symphony, Symphony Nova Scotia, Kitchener-Waterloo, Thunder Bay and Manitoba Chamber orchestras. Since 2000, Paul has been Artistic Director of the Agassiz International Chamber Music Festival in Winnipeg, and in 2006, joined the Trio Hochelaga, a group currently recording a series of discs of French music for the ATMA label. Paul Marleyn has made several compact disc recordings as on the United Records, CALA, Agassiz, Signum Classics, CBC and RCA Victor labels. From 1993-7, Paul was Principal Cellist of the Royal Liverpool Philharmonic Orchestra, and has served at professor of cello at the University of Manitoba, and most recently at the University of Ottawa.