Leonard Bernstein: Overture and Suite No. 1 from West Side Story

This “Double Concerto” probably owes its origin to Joseph Joachim, the famous violinist for whom Brahms wrote his violin concerto and much other music. In 1863, Joachim had filed for divorce from his wife, Amalie, but there seemed to be no grounds for the case, and Brahms so testified on Amalie’s behalf. With that, the friendship between the two men came to an abrupt halt. Many years later, in 1887, Brahms proposed the double concerto as a peace offering. Although Joachim remained cool to Brahms, the concerto was dedicated to him and it was first performed in Cologne later that year.

In this, his last concerto of any form, Brahms manages to give both solo parts equal importance, and he avoids the possibility of the violin dominating melodically by frequently allowing the cello to introduce new thematic material, and by having each soloist accompany the other in turn. The orchestration is thick, but there are interludes for interplay between the soloists, including a double cadenza in the first movement. The sonority of the two solo parts is sometimes enhanced by the use of double stopping (playing two strings at the same time) in both instruments.

Like Candide (which follows), West Side Story has long had an identity crisis: is it a musical or an opera? Premiered in 1957, it is an example of a work responding to the demands of opera houses for works with more theatricality, and it forms a modern-day Romeo and Juliet. The score juxtaposes pieces which are essentially arias with more “primitive” sections, jazz and spoken dialogue. Listeners may recognise Maria; One Hand, One Heart; Somewhere; and the Balcony Scene.

Candide is based on a satire by Voltaire of the same name. A long and contorted plot follows the search by Candide for a better life. His teacher, Dr. Pangloss, always assures everyone that all is for the best, with everything having a purpose in the Best of all Possible Worlds. Candide travels the world, witnessing the “best of all possible” deaths, murders, earthquakes, and other disasters. Candide tries to consult the Wisest Man in the World about his travails, but because it is WMIW’s day off, Pangloss deputises, changes his philosophy, and advises Candide to return home and adopt a simple lifestyle in the country: hence “Make our Garden Grow” as the musical finale.

About Yehonatan Berick and Rachel Mercer 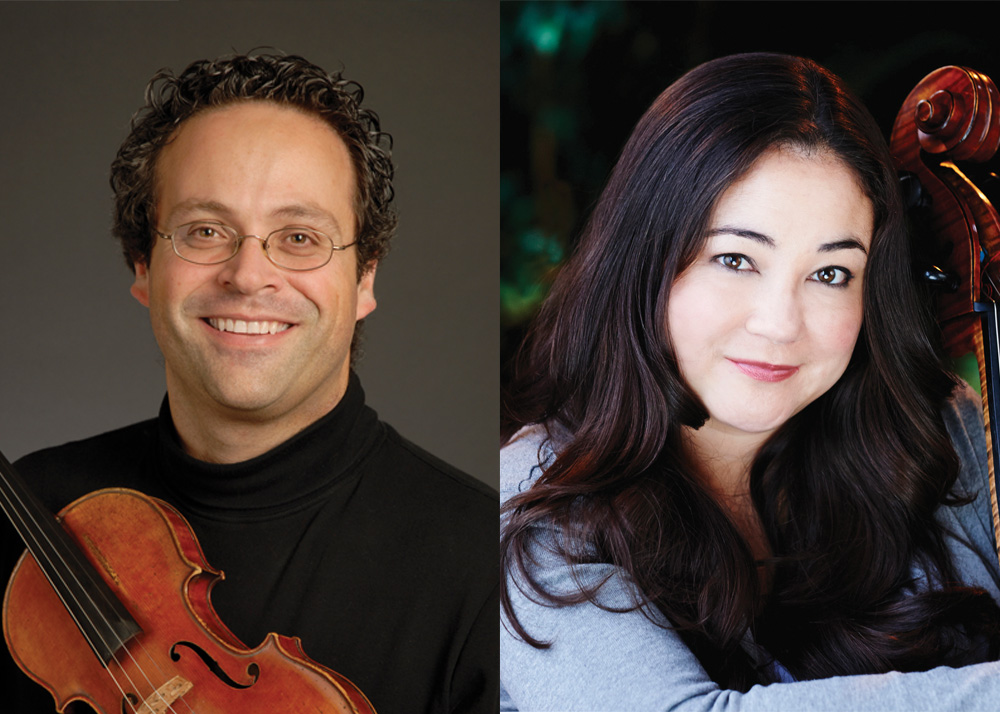