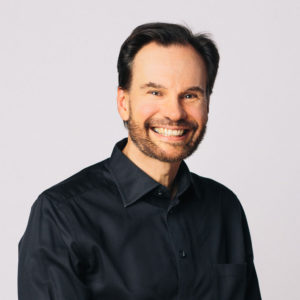 Roberto De Clara was appointed Music Director and Principal Conductor of the Oakville Symphony in 1997 and his successful tenure ended in June 2021.

Past Artistic Director positions have included Music Director of the Prince George Symphony, Music Director York Symphony and Artistic Director of the Etobicoke Philharmonic. In addition to the artistic success of the Main Series subscription concerts, his tenure at the Oakville Symphony has been marked by a number of initiatives, including Family Christmas Concerts, educational concerts, a series of post-concert chats following regular subscription concerts and a new behind the scenes look at orchestral life and music entitled nOt just the scOre.

Mr. De Clara’s symphonic guest conducting has included engagements with orchestras in Canada and abroad including: the Winnipeg Symphony, Hamilton Philharmonic, Orchestra London, Stratford Symphony, the Vienna Pro Arte Orchestra and the orchestra of the National Theatre in Prague. His European operatic debut took place in the historic Estates Theatre in Prague, conducting a new production of Mozart’s COSI FAN TUTTE for the National Theatre of the Czech Republic. He has also served as a guest conductor for highly successful productions of Gianni Schicchi and Don Pasquale for the International Vocal Arts Institute in Tel-Aviv, in stagings by legendary singers Renato Capecchi and Federico Davia.

Mr. De Clara began his professional career as Assistant Conductor of both the Hamilton Philharmonic and Opera Hamilton. A summa cum laude graduate of McMaster University, he also holds diplomas in conducting from the Mozarteum Sommerakademie in Salzburg and the Wiener Meisterkurse of the Vienna Conservatory. He has also studied conducting at the Accademia Chigiana in Siena, Italy; the Aspen Music School in the USA and the Royal Conservatory in Toronto. In the course of his career he has worked with such distinguished conductors as Jiri Belohlavek, Music Director of the Czech Philharmonic (Prague), Boris Brott (Toronto), Julius Kalmar (Vienna), Ferdinand Leitner (Salzburg), Gustav Meier (U.S.A.) and Richard Woitach and Joan Dornemann of the Metropolitan Opera. A strong proponent of continual professional development, Mr. De Clara has participated in international conducting seminars in the U.S.A, Prague and Sofia, with the noted pedagogue Gustav Meier and Rossen Milanov (Former Associate Conductor of the Philadelphia Orchestra).

Roberto De Clara has been the recipient of numerous awards including: First Prize in the Austrian-Television Radio (O.R.F.) Salzburg Conducting Competition (where the head of the jury was the legendary Intendant Rolf Liebermann), the Heinz Unger Conducting Award in Toronto and scholarships from the Canada Council and the Canada-Israel Cultural Foundation.